…who are deeply concerned about missionary aviation losses,

…and are committed to assisting missions in matters of safety and  operational excellence.

As an independent third party, Mission Safety International is able to provide critical educational and consulting services to missions and related agencies so that they can do their job safely and more effectively. MSI’s deepest desire is to see improvement in missionary aviation operational safety so that every dollar and every effort committed to a ministry goes into effective outreach.

MSI’s purpose is to promote safety and effectiveness in missionary aviation for the glory of God.

What Others Are Saying...

"MMS Aviation is grateful for the long relationship we’ve had with MSI. Over the course of many years, we’ve observed an improvement in our safety culture and have implemented changes to both our structure and our organizational processes, resulting in a greater ability to make a meaningful contribution to the missionary aviation community" 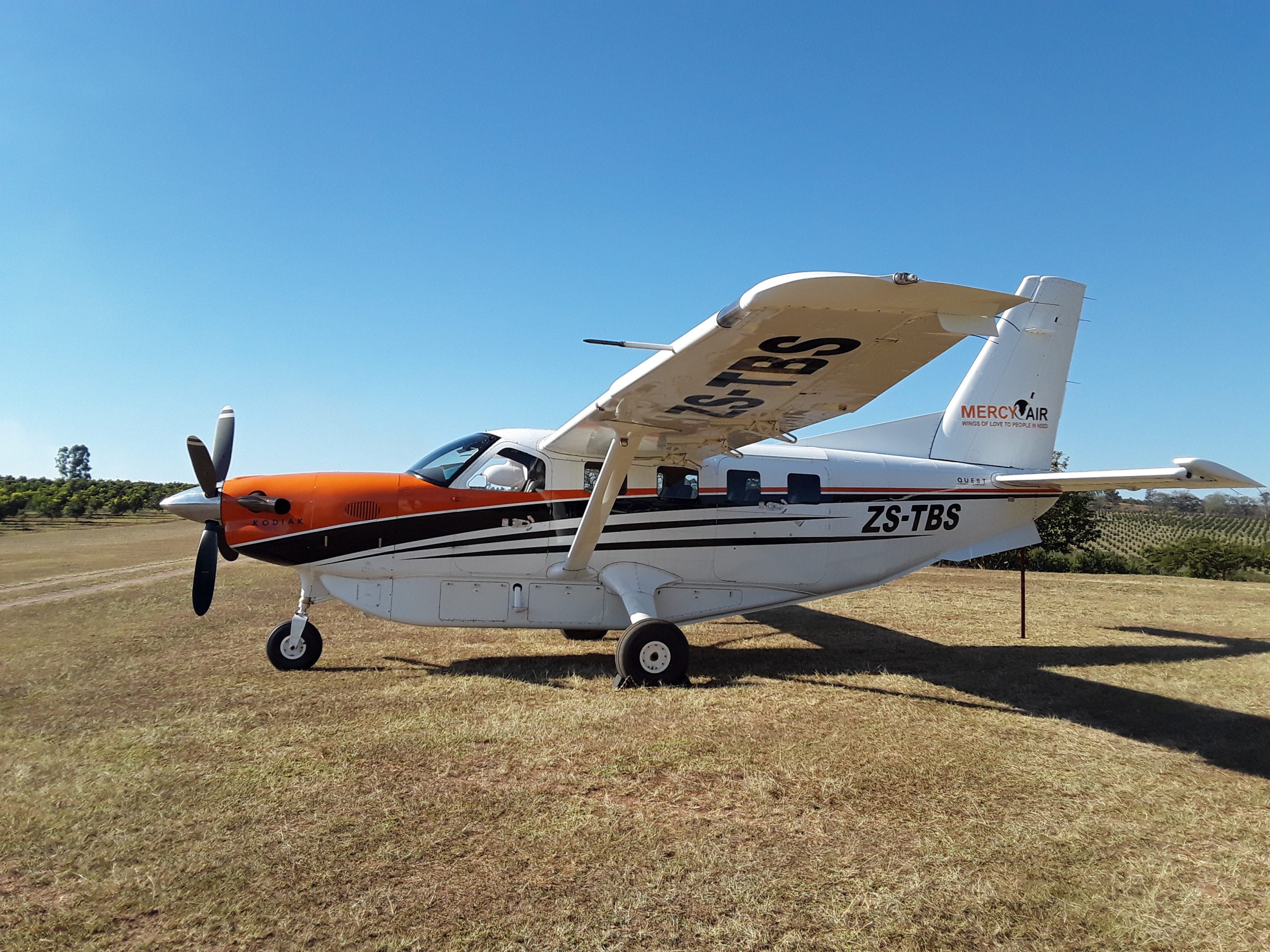 Jon has served as President and CEO of Mission Safety International since 2004, providing dynamic leadership and insight to both the organization and the broader missionary aviation community. Jon is an experienced presenter and safety consultant, having participated in numerous safety seminars and leading safety audits with MSI. He studied accident investigation with the National Transportation Safety Board and has conducted accident investigations in the US and abroad. Jon was one of the driving forces behind the development of the AIRMAP cooperative insurance program and the RSVP risk management program for training schools.

Born and raised as a missionary kid in East Africa, Jon is no stranger to life on the mission field. After graduating from Moody Aviation in 1985, he served for eight years in Kenya and Tanzania with AIM AIR as a pilot/mechanic and Safety Officer. Upon his return to the US, he taught aircraft maintenance at Moody Aviation for six years before becoming the President/CEO of MSI.

When he’s not traveling the world, Jon resides in Elizabethton, TN with his wife Pam. Son Jesse and daughter Stephanie are both grown and working professionally. Hobbies include reading, working on cars, sailing, and attending college sporting events. Joe is the Founder of Mission Safety International. Although he turned leadership of the organization over to Jon Egeler in 2004, Joe continues to stay involved in the ministry. He sits on the Board of Directors, serves as treasurer, and is an ambassador for MSI’s
work wherever he goes. He has traveled to more than 40 countries doing aviation safety audits and seminars for missionary aviation organizations.

Joe has been connected with missionary aviation almost his entire adult life. He graduated from the Moody Bible Institute Missionary Radio Communications course in 1959 and the Missionary Aviation course in 1962. He and his wife, Elaine (1937-2020), served with Mission Aviation Fellowship for 8 1/2 years in the countries of Brazil, Honduras and at the home base doing flight training in California. In 1972 they left MAF and moved to Tennessee where Joe was a flight instructor in Moody's missionary aviation training school for ten years. It was while Joe was working at Moody Aviation that he was led by the Lord to start MSI in 1983.

Joe has three grown children and makes his home in Johnson City, Tennessee with his wife Mary. Robert serves as MSI’s Vice President of Operations. He manages the home office and keeps MSI’s affairs in order while everyone is out and about. Robert is also the editor of the Safety Net – Field Edition which provides valuable information of interest to missionary aviators, as well as the quarterly Mishap Summary of missionary aviation accidents and incidents.

Robert’s love for aviation goes back to his childhood days as a missionary kid in the Congo where the mission airplane supported his parents’ evangelistic and medical work. After doing his aviation training at Moody Aviation, he answered God’s call and served 20 years in Papua New Guinea supporting Bible translation through aviation with JAARS. He did line maintenance, supervised national training, managed the parts department, and worked in administration.

Robert is married to Kim, his wife since 1990, and they live in Elizabethton Tennessee. The Kings have two grown children: Matt, a missionary counselor in Bogota, Colombia; and Kelly, a recent college graduate with a degree in Computer Technology. Glen serves as MSI’s Vice President of Domestic Services & Logistics. His primary responsibility is to organize audits and safety services for US based missionary aviation training schools and organizations. However, Glen is also highly engaged in the broader missionary aviation community as the CEO of the International Association of Missionary Aviation.

Glen graduated from Moody Bible Institute in 1983 with a BS in missionary aviation technology. His overseas work began in Brazil in 1986 where Glen flew tens of thousands of miles transporting hundreds of missionaries and their supplies to remote Amazonian villages. Due to difficulty in obtaining visas to return to Brazil, the Fergusons then served at the Wycliffe Bible Translators/JAARS Center in Waxhaw, North Carolina. Glen used his missionary experience and aviation background to challenge churches and individuals to be involved in missions. Steve serves as MSI’s Vice President of Field Services where his primary responsibility is organizing safety seminars for member organizations. He is constantly on the lookout for world-class presenters who can grace an MSI stage to share important safety information. However, he also gets involved in writing articles, doing research, recruiting volunteers and assisting with audits as the
occasion demands.

Twenty years of work as a missionary pilot/mechanic in Africa has provided
Steve with the technical, logistical and cross-cultural experience he now uses to
provide safety support for pilots and mechanics working in very challenging environments. He and his wife Gail began their missionary careers in 1979 in the village of Bambur, Nigeria, where they worked with the aviation branch of the Nigerian United Methodist Church. Later assignments took them to the Democratic Republic of the Congo (formerly Zaire) where they worked with the “Wings of Caring” flight ministry.

Gail and Steve are the parents of two grown daughters, Heather and Kathy, both of whom were born in Nigeria. Lyle serves as MSI’s Vice President of Safety Standards. He brings a wealth of missionary aviation experience and expertise to the position from decades of service with JAARS, Inc. in Papua New Guinea, Liberia, and the US.

Lyle is responsible for establishing and maintaining a highly visible safety culture in each MSI member organization through the implementation of high aviation safety standards. Some of his related duties include:

Lyle and his wife Becky have been married for 39 years, and have three grown children,
Michael, Daniel and Laura. Jeanette is the glue that keeps the MSI office team working together. With degrees in Office Administration and Education, she is well-equipped to handle the multi-faceted and multi-national demands of the job. When not working in the office, Jeanette ministers in the church and community, using her musical and administrative skills to enhance the lives and worship of people in the pews and in nursing or care facilities. Harold Berk has been the editor of MSI’s Safety Net publication ever since he proposed its creation to Joe Hopkins back in 1989. Over 100 editions later, Harold continues to produce a
high quality newsletter with information of interest to supporters about the organization’s operations, opportunities, and needs.

A very close call in his father’s Curtis Robin aircraft when a teenager was enough to sensitize Harold to the need to be very careful when flying. Following his graduation from Moody Aviation, Harold and his newlywed wife Elsie were among the first resident MAF pilot/mechanic teams assigned to Brazil. It was there that he befriended Joe, which led to his eventual service on the MSI board and later as the newsletter editor.